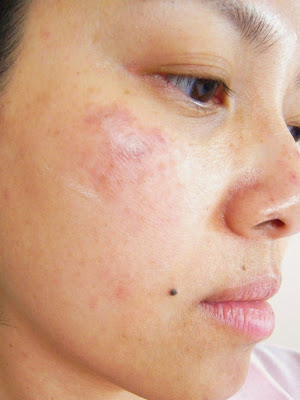 After receiving several inquiries about my IPL experience, I thought it will be nice to show the image instead of blah blah blah about it as a picture is worth a thousand words. This picture was from my second IPL procedure. After telling my doctor first  procedure didn't do much for pigmentation on my cheek area, she turned up the "heat". The first time around, I told her of my sensitive skin so she was very careful to avoid over-zapping. I had procedure done in the morning. (Pic is Day 1, about two hours after procedure.) 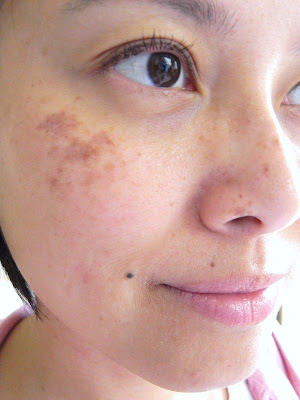 This was Day 2. Brown spots began to develop. On me, some were little dots like sesame spots and some were larger patches. Starting with one week pre-op, I used La Mer Concentrate twice daily. It was okay to use it the same day after surgery for me. I told my doc about it and she said it would be okay. 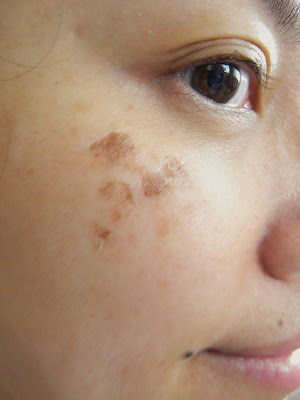 Brown spots continued to darken in the following days and began to naturally peel off by themselves. Do not pick on any of the dark spots, even though it can be quite tempting. This pic is Day 8 which spots are drying and scabs are beginning to peel off around the larger spot area. Little brown sesame spots peeled off after about one week. As edges around these larger spots began to flake up, avoid picking on them still. Though it was hard for me, I would find myself picking on them absentmindedly. Instead use a small scissors to trim off the edges if possible. This is to avoid picking on other areas prematurely.

On the Side:
-Will see glowing skin. After several gal pal saw me, they ran out and made an appointment with my doc. I think this is why IPL can become addictive uh....
-Avoid the sun if possible the first week. Else, make sure you are really well protected with a hat and sunblock. If we are going to spend money and time, then it is important to take precaution.
-Find a board certified dermatologist. After all, we only have one face.
-If you are on any medication, please let your doc know about it. I heard a story which a gal was on hormone medication and decided not to tell her doc. Well, after her treatment, her spots became darker than before.
-Keep face moisturized, but not too heavy.
-Lighter spots on my face have disappeared but melasma spots on my cheek are still there, though lighter. These will take multiple treatments.
-Never leave the house without sun protection. Sunblock is part of my daily skincare routine now. I will apply it as soon as my moisturizer is absorbed. Now, I don't even use foundation anymore because my skin tone has evened out and glowing skin does not require dressing up.

Before I started my treatment I was pretty anxious. Hopefully sharing my experience can help those who are considering. Every person is different so consult a qualified doctor before you do anything.