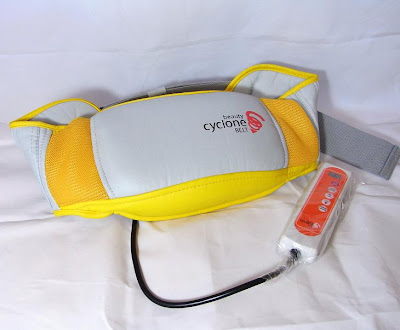 When I told Savvy Sis of this purchase, she laughed so hard tears came out. I know it is rather un-savvy to expect result from a vibrating belt but after talking to my mom's friend, I say why not. In the gal's own words, after using this belt on her stomach for 3 months, she was able to wear a knitted St. John dress again without feeling shame. My mom noticed her friend's smaller waistline immediately. So as a good daughter, what can I do but buy one immediately. According to MasterCard, Cyclone beauty belt $135, Savvy Mom's dream of a smaller waistline, priceless! 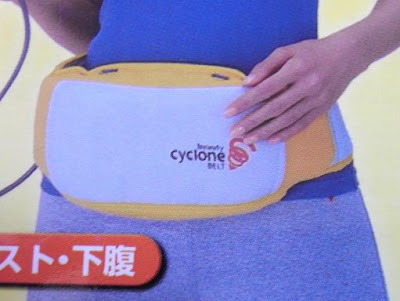 I tried this for myself but was told I probably wouldn't notice much difference. After using the belt on my waist for 10 minutes, there is a warm tingling feeling very similar to pounding the pavement for 20 minutes. My stomach and thighs will become slightly red and tingling during and after running. Perhaps muscles are working and fat is burning? I think this vibrating belt works because muscles contract to work against the belt's action. Thus the body is working and we just don't know it. 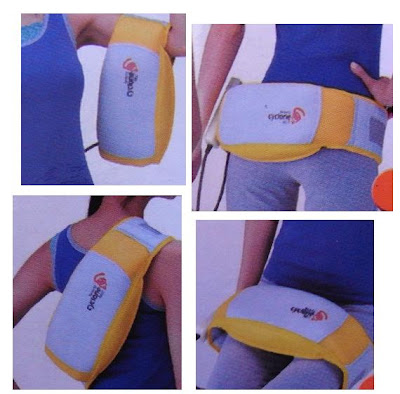 This belt is supposed to work at other places on the body too. After 2 weeks, Savvy Mom noticed a pair of pants that was previously snug became slightly more comfortable. Has anyone use this before? I will update again soon!