Good morning savvy guys and gals out there. First I like to announce the winners of the Photo Giveaway: Aubrey of Made you Blush and Shop N Chomp. Congratulation ladies! I hope you will enjoy this very much. Secondly, this post is the 1000th post. I want to thank all the guys and gals out there for your support. I had so much fun making new friends and interacting with everyone. 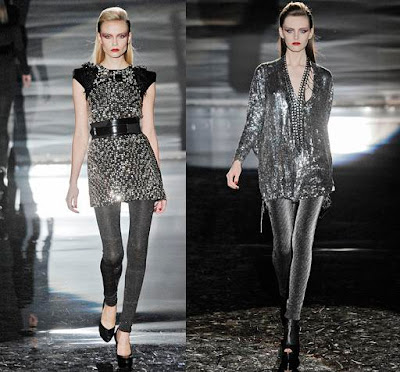 Apparently I was wrong, after seeing sequin bags and shoes from design houses such as Louis Vuitton and Chanel starting about 2 seasons ago, I thought this trend would just die a natural death. However, shiny sequin is hotter than ever. This trend is everywhere. (Both images above are Gucci via style.com) 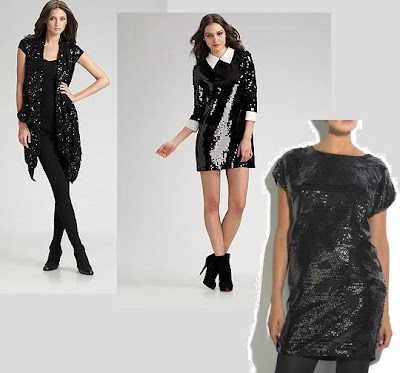 After further examination, little sequin dresses or tops are really easy to wear. Most of the styles are simple yet sequin detail adds a touch of glamour and edgy. 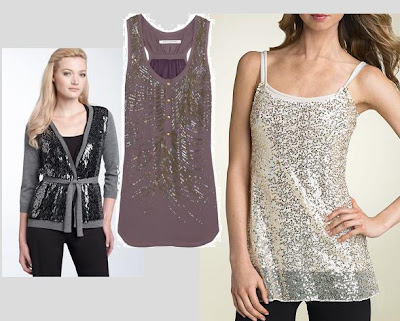 I don't know if I will rock a LSD (Little Sequin Dress), but a top is definitely something I have liked this past season. Throw a sequin top together with a simple pair of jeans, pants or skirt, a gal instantly becomes glamorous and dressed up. I vote for this easy style. 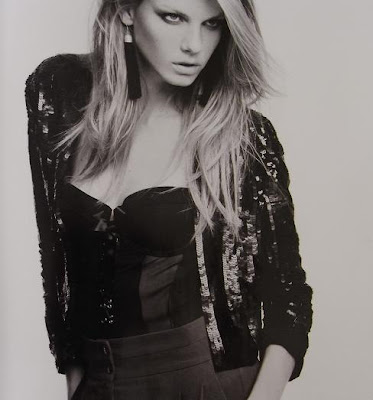 For sure, I am not a big sequin jacket fan but after seeing this jacket at H&M couple of weeks ago, I am so tempted to buy one to pair with jeans this season. Since the price is only about $40, I think it is a non-issue. What do you think? 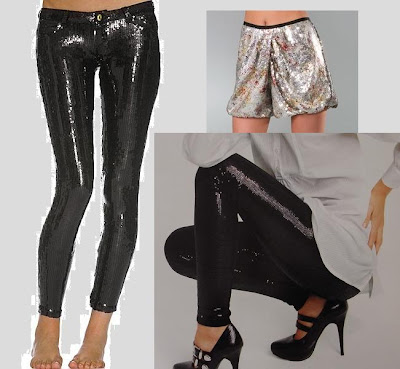 I am not sure if I am adventurous enough to wear sequin legging, but this certainly is very interesting to me.


left to right:
-Sivvy sequin legging $228 via chickdowntown.com
-Thakoon sequin shorts via shopbop.com
-Black sequin legging via H & M --- If I am to buy sequin leggings, this will be my choice because it is only $20. I won't feel so bad if I only wear it once. 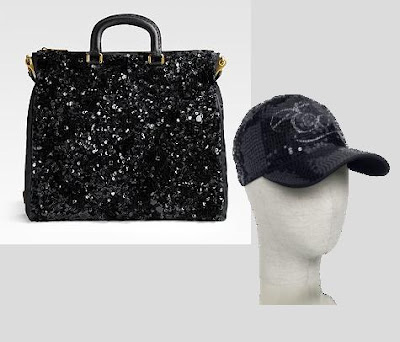 I rolled my eyes when I saw Chanel's sequin tote last season. I think this Prada will not get my vote as well. However, this Emporio Armani cap gets my vote. I would totally rock a sequin baseball cap. A gal gets a little bling, and a little glam edgy which is very stylish and savvy in my opinion. 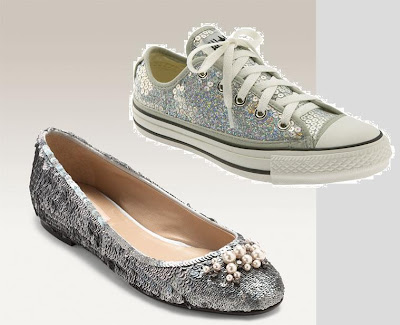 If a gal is shy about wearing sequin, a little sequin for our savvy feet is very chic. This way, there is a little bing without going over the top, just enough to let a gal's whimsical nature out to play. I love to have a pair of sequin Converse this season in gold or silver.
-Converse with sequin detail $81.95
-Valentino sequin ballet flats $595 (both via Nordstrom) 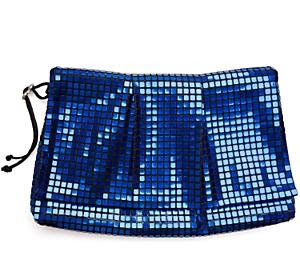 Even though I am not a huge fan of sequin bag, but a small sequin clutch on the other hand is very savvy. It will add a dash of glam to any look day or night. (by Amy Chan $395 via intermixonline.com) What about you, are you going to rock sequin this season or you have been there and done that already?
Posted by Angela