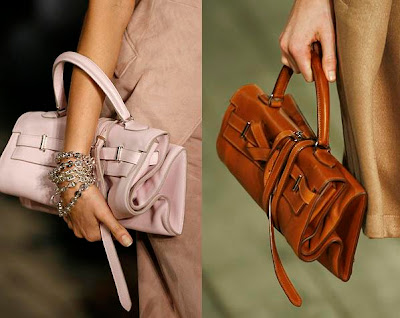 SG adored this flat Hermes Kelly bag from its debut but when I actually tried it in person a while ago at the boutique, I was quit disappointed. It's savvier in theory. I thought I was able to use it as a clutch (thus 2 bags in one to justify the price) but not so savvy gals. Once the bag is tied up neatly, a gal can't put anything in there. Even if I manage to squeeze a flat wallet in there, it will be an effort to undo all the straps to retrieve necessities from the bag. Also all the straps need to be in their places neatly tied up else the bag would flop open, almost like the Hermes Herbag. In addition, a gal needs to practice to bundle up the bag neatly like in the pictures above. This would be a first for me. I guess it's the design, but for $8000 a gal sort of expect a real twist closure and ease of use. What do you think?