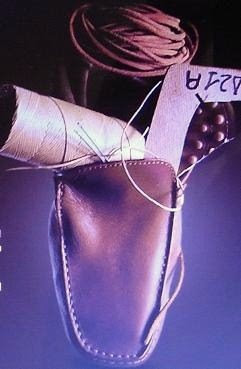 A new wave of fashion trend appears to be casual chic, as seen on celebs and on the street. I fancy this no frill yet casual chic style. Of course, why is it always more efforts to appear effortless? One of my all time favorite casual classics is the Tod’s Gommino moccasins, just perfect for work or Sunday brunch with friends. Mr. Della Valle of Tod’s started this luxury casual trend of Gommino moccasins in the late 1970’s, which individual rubber beads replaced traditional sole for shoes. These moccasins have been imitated over the years but Savvy Gal still adores the original. In fact, the pair below is my first pair of Tod's from years ago, which I still adore today.

1. The original Gommino moccasins have the trademark 133 rubber beads on the sole. I have counted several pairs (I just want to make sure) including Savvy Guy’s large moccasins which have 127 rubber beads while I have counted a range of 86 to 107 on mine. What happened to 133? Savvy Gal wonders!

2. All the leather pieces on Gommino moccasins are hand cut, sewn and finally polished by hand to obtain that famous sheen in Italy by skilled artisans. 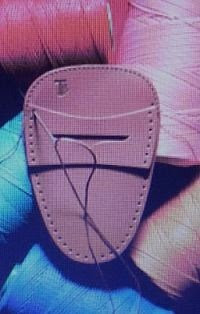 3. Individual rubber beads are sewn into the leather sole by hand. And, once the beads are worn down, there is no recourse but to buy a new pair since a gal can’t re-sole these shoes. This is the only un-savvy fact about these moccasins. But, this is an awfully good reason to buy new shoes.

Regardless, I will say a pair of shoes with classic style and comfort is worth the starting price of about $350 which is a value comparing to other European brands. Savvy Guy has noticed Tod’s leather is more yielding comparing to Prada’s moccasins. Is Tod’s savvy for you savvy guys and gals out there?

realted posts:
Tods Gommino: Clssic Updated Modern
What to do after Tod's Gommino sole/beads wear down?